Azizul Rahman Ismail
It’s not too small and not too big, the iPad mini sits in between the bigger iPads and the iPhone 13.
TRP Tech
Total
1
Shares
1
0
0
0
0

It then added support for USB-C and Apple Pencil (2nd generation) and put it all in a body about the size of a hardbound paper notebook.

The result is a device that fits in the niche somewhere between the iPads and iPhones.

The Odd One Out

Figuring out who the iPad mini is for was a bit tricky. Apple’s advertisements put it in the hands of professionals, those who need a screen smaller than an iPad Air for portability and the same processing capabilities of an iPhone 13.

But where does the iPad mini fit for us consumers?

iPads are great for content consumption. Both the current iPad Air and the iPad mini have a Liquid Retina display and two-speaker audio in landscape mode. The display on the mini is smaller (8.3in) and has a higher density (326ppi), but in most cases they are equal.

However, when I grab an iPad to watch something on or to read on, my hands more often than not, reach for the iPad mini.

I find it lighter and easier to handle at 293g.

Although I wish the iPad mini had a Liquid Retina XDR display with darker blacks and more bezel for my finger to pinch when I hold it, the iPad mini is getting more leisure time.

It Transforms A Notebook

Although you can watch videos, edit media, and play games on the iPad mini, I find that reader apps are most at home on the device.

I want a bigger display when I am watching a show, an HDR or XDR display when I play games, but for a reader, the display on the iPad mini is just nice.

The density makes characters look crisp and its brightness range makes it a comfortable read outside or in bed.

At 134.8mm across and 195.4mm tall, the iPad mini is a little smaller than a closed A5 notebook. A Smart Folio cover completes its transformation into a book.

Add an Apple Pencil (2nd generation) and the iPad mini turns into a handy dandy notebook — or a sketchbook for those of you who love to draw.

E-book apps like Apple Books and Kindle are at home on the iPad mini. For me newsreader apps like SmartNews, Pocket, and Flipboard are a must. But, if you like comics try the comiXology and Marvel Unlimited app.

Even when all I am doing is reading, the battery life on the iPad mini feels average at about 10 hours. Push it harder with video or photo editing and battery life will drop another couple of hours.

However, considering the size of the device, 10-hours of reading is not that bad. We should rest our eyes after that much reading anyway.

One feature that I did not expect to see on the iPad mini is Centre Stage. That’s Apple’s smart camera feature for video calls. It follows whoever is on camera and expands the view if there are more people.

It can be used when the iPad mini is horizontal too, with the camera on the left or right of the display — instead of the top like on a normal setup.

To me, the display is small for teleconferencing, especially if there’s chat on the side and a lot of people on screen,  but you might find the portability more than worth it.

Versatile In A Pinch

The iPad mini can do a lot of things; it has a capable A15 Bionic chip. From productivity apps to creativity applications, it can do it all.

However, because it is small, I would reach for a bigger iPad to do these tasks unless I have nothing else available.

The 12MP wide camera with an f1.8 aperture can take some impressive images that can rival some high-end smartphones.

But, here I would reach for a more discreet and capable iPhone instead.

So Who Is It For?

The iPad mini is a device made for reading and note taking but it can do everything else if you need it to.

Smaller than a tablet and bigger than a smartphone, it is an odd middle child that is eager to please but is not the best fit for everything.

Because of its size, it is tempting to label it as a tablet for kids, but with a starting price tag of RM2,599, that is a bit much.

The Smart Folio cover — or any form of cover – to me is a must-have accessory for the iPad mini. It is not fragile, but the book-like cover just adds to the experience of using it.

On the other hand, the Apple Pencil (2nd Generation) lets the iPad mini do a whole lot more. But at RM549 — which is almost a fifth of the price of the iPad mini — that is a lot to ask.

For the full specification of the iPad mini (6th generation) click, here. 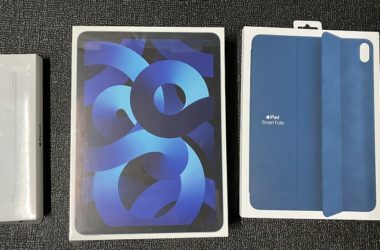 We compare the new iPad Air, the previous iPad Air, and throw in a little bit of iPad Pro. 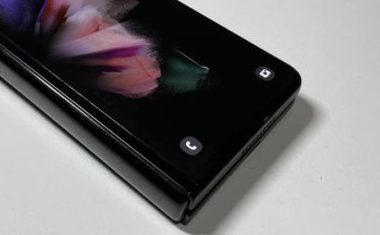 Samsung’s third attempt at making a foldable still has room for improvement. 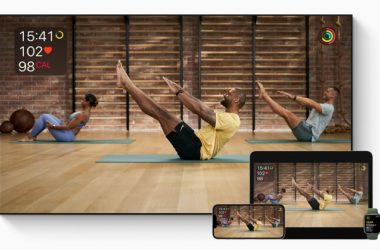 Just like ice cream and sprinkles, the Apple Watch Series 7 and Apple Fitness+ goes well together.