In the past, new entry-level iPads always cost less than RM2,000. But those days are long gone. Perhaps due to global inflation and our weak currency, Apple has no choice but to increase the price quite significantly. However, the 9th gen iPad is still available to buy if you feel this new iPad is too expensive for you.

Let’s start with the new iPad 10th generation. It has a new design compared to 9th gen iPad, it is thinner, and slightly lighter with a better screen-to-body ratio.

The new iPad is packing an A14 Bionic chip with a 6-core CPU, 4-core GPU, and a 16-core Neural Engine and the internal storage can go up to 256GB.

The 10.9-inch IPS LCD display has a resolution of 2360×1640 and it can go up to 500-nits of brightness. The screen is slightly larger and the resolution is slightly higher than the 9th iPad. Despite the price hike, the new iPad’s display is still not fully laminated, this means the display and image quality can be slightly worse than for example, the iPad mini 5th generation released back in 2019.

The 10th generation iPad has a 12MP f/2.4, 122-degree ultrawide front camera that is orientated in landscape. With this new camera, more people can fit in the frame now and it supports Centre Stage. A 12MP f/1.8 AF primary camera that can take 4K 60fps video sits on the back.

The new iPad finally adopts a USB-C port and the front Home button is gone, but the Touch ID is not. It is now embedded in the power button. Also, there’s support for Apple Pencil 1st gen only. However, that Pencil still uses a Lightning port for charging, so you have to buy a RM55 adapter from Apple.

Now, on to the iPad Pro(fessional). Appearance wise, this 6th gen iPad Pro looks exactly the same as 5th gen version. But on the inside, there are some big upgrades.

First of all, the new iPad Pro is powered by Apple’s M2 chip, featuring an 8-core CPU with 4 performance cores and 4 efficiency cores and a 10-core GPU, along with a 16-core Neural Engine for machine learning and AI workloads. Apple said it has 100GB/s memory bandwidth.

According to Apple, the M2 CPU outperforms the M1 in the previous iPad Pro in terms of graphics performance by 35%, machine learning capability by 40%, and memory bandwidth by 50%. You can also choose a storage size of up to 2TB.

The improved display now supports hover with the 2nd gen Apple Pencil. The Pencil is now recognised up to 12mm above the display, enabling more functionality in apps. Both first-party and third-party apps will support this capability.

The 6th gen iPad Pro is still using the same cameras as the previous gen, but the M2 chip allows the iPad Pro to instantly record 4K 30fps videos in Apple’s high-quality ProRes codec and convert them up to three times quicker thanks to the new ProRes encoder. But the 128GB model can only record 1080p at 30fps.

Wi-Fi 6E, which offers download speeds of up to 2.4Gbps, is included in the latest iPad Pro models. Also, it has Bluetooth 5.3 and on the LTE variants, 5G connection is also available.

The 6th gen iPad Pro comes in two colours: Space Grey and Silver. They are also available in 12.9-inch and 11-inch display sizes.

Apple didn’t say when will the new iPad and iPad Pro will be arriving in Malaysia. So, we will update this article once we know when.

This Is The First RedMagic Gaming Smartphone In Malaysia, Starting From RM3999 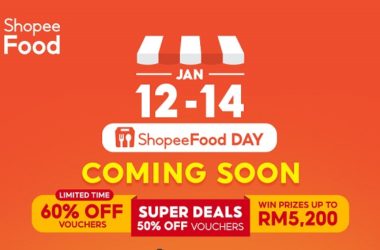 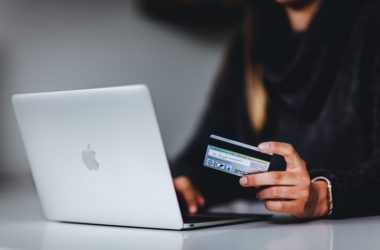 Report scams to the authorities so appropriate actions can be taken. 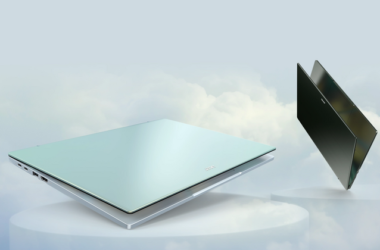 The World’s Lightest 16-Inch OLED Laptop Has Arrived In Malaysia, Starting From RM5299

The Acer Swift Edge weighs just 1.17kg, slightly heavier than a one litre bottle of water.