How realme Became Malaysia’s No.2 Smartphone Brand In Just One Year

realme wants to play with the big boys in the smartphone sphere and they have the stats to show as the company now is the fastest growing smartphone brand to reach the 50 million milestone based on Counterpoint’s Q3 2020 report.

That’s faster than Apple, Samsung or even Huawei and realme is now looking to challenge the top six industries players.

As they leap to 50 million, we take a look at realme’s growth in the past year:

They’ve sold millions (14.8 million to be exact) of realme phones in the third quarter of 2020 alone, which translates into sales growth of 132%, making it the fastest-growing brand in that period.

Banking on positioning the brand for youths, realme grew to become one of the top 5 and top 3 brands in key markets, including India, Indonesia, Bangladesh, Philippines and some other Southeast Asian countries.

The company now is in 61 markets around the world within the span of 2 years, which is unheard of in the industry, and is one in the top five brands in 13 countries.

In Malaysia itself, realme has soared to the second spot with it’s impressive 50% quarter-on-quarter growth.

The future also looks bright for the company as a 2020 e-Conomy report launched by Google, Bain and Temasek found more than 1 in 3 digital service users are new because of the pandemic.

The research expects Malaysia’s internet economy to grow threefold to reach USD30 billion (RM123 billion) by 2025 and sees that realme has a part to play to make it a reality.

Mobile connectivity will serve an important role to our economic trajectory, and I am pleased to see Realme Malaysia continuing to be an important enabler in this ecosystem by launching delightful products on their YouTube channel. As recently as September and October, Realme phones were one of the top 10 trending Google searches in Malaysia in those months. Thank you Realme Malaysia and congratulations on an amazing milestone to be proud of.

With their tagline – ‘Dare to Leap’, their strategy is simple: sell good and trendy design-driven quality products to youths at affordable and attractive price points.

Being cheap doesn’t mean that realme phones are lacking in the specs department either as it’s one of the first companies to utilize the Snapdragon 865/765G processor and a 64MP camera sensor on a realme X50 Pro.

On 11.11, also known as Singles Day, realme saw its sales growth go up by 5,053% on Shopee compared to last year. realme is currently the number 1 brand for audio, wearables and mobile accessories on that platform.

It’s also one of the top four selling health care brands on Shopee with their realme smart scale.

Their smartphones did equally well on the platform as realme 6 and 6 pro are the best selling smartphone in the 8GB internal ram and 128 storage category.

We are honoured to be realme’s trusted e-commerce partner of choice. From smartphones to wearables, as well as health products and lifestyle offerings, realme’s wide range of products are loved by many Malaysians who shop on Shopee. This makes realme one of the best-selling mobile and gadget brands on the platform. Shopee congratulates realme on this new milestone that they have unlocked, and we look forward to exciting times ahead.

It has been a pleasure to witness how realme has further widened its digital presence on Lazada Malaysia and become one of the fastest-growing LazMall brands this year in the Mobile & Tablets category. Look forward to achieving new milestones together!

With the numbers on their side, it’s crystal clear that realme is fast establishing itself as a serious contender in the smartphone market.

To jump in on the future of smartphones, mark your calendars for the realme 7 5G launch on Facebook (HERE) Instagram (HERE).

Your Robot Vacuum Cleaner Can Spy On You, Say Singaporean Computer Scientists 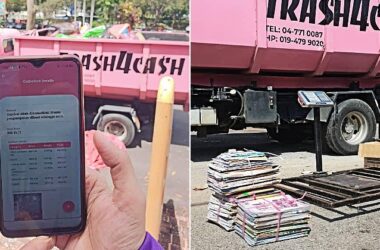 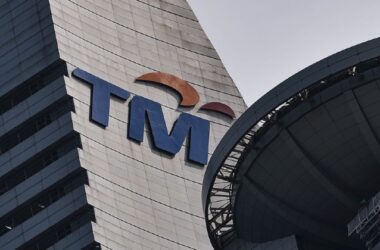 Zoom, WeChat & Other Internet Services May Be Affected By TM’s Underground Cable Maintenance

Subscribe to our new Telegram channel for the latest updates on Covid-19 and other issues. Telekom Malaysia (TM)… 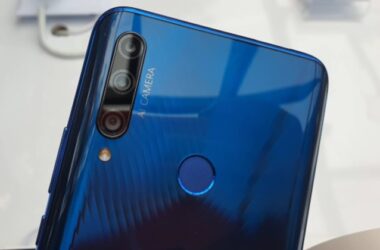