Azizul Rahman Ismail
Here’s what we think of the latest Apple iPhone SE we just got for review.
Total
1
Shares
1
0
0
0
0

It is the most affordable iPhone in the current lineup by a long shot, and yet it shares the same processor as its premium counterpart. At the same time, it shares a lot of the same traits as its two-year-old predecessor.

When we got the new iPhone SE, the box was distinctly thinner than the one for the model released two years ago. That’s because it doesn’t include a pair of wired headphones or a charger, just a loop of USB-C to Lightning charging cable.

Because of their similarities, the new iPhone SE is compatible with the accessories for the previous iPhone SE and iPhone 8. So old cases would still fit.

The model that we got for the upcoming review is in (Product) Red, one of the three colour options. The other two are Midnight and Starlight.

The display is a 4.7in LCD and looks so retro. Below it is the Touch ID fingerprint reader and home button combo.

Flipping the phone around we see a rare sight, a single 12MP f1.8 camera. Its front-facing counterpart is a 7 PM f2.2 shooter.

The brains of the new iPhone SE is the same one found in the iPhone 13 series, the A15 Bionic Chip. seeing that it also runs the same iOS, we expect that the SE can do almost everything the 13 can.

Reportedly, the SE also has the same amount of RAM as the 13, 4GB.

In Malaysia, the price of the new iPhone SE starts at RM2,099, which places it right on the tippy-top of the mid-range market and bordering the high-end devices.

Expect to see a review of the new Apple iPhone SE from us in the next few weeks.

Dyson’s Latest Appliance Looks Like A Futuristic Reverse Bear Trap From SAW & You’ll Never Guess What It Does. 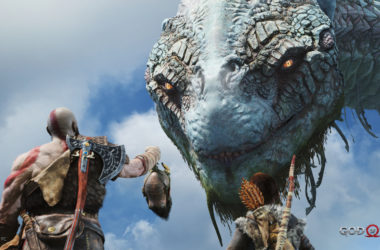 God Of War joins titles like Horizon Zero Dawn and Days Gone that made the jump to PC with Sony planning on releasing more titles down the line. 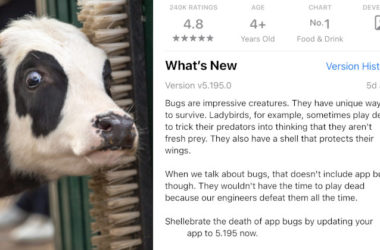 Who would put so much effort into a text that almost no one would read? 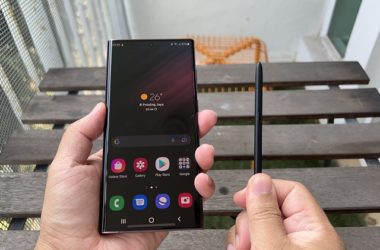 Features of the first Galaxy S series device with a built in S Sen that you should know.