At the top of Samsung’s current midrange lineup – the A series – sits the A73 5G. It flexes flagship features at a mid-range price and we just got one in for review.

But first, here’s our objective overview and initial impressions of the Awesome White variant of the device.

The packaging for the A73 5G is noticeably thin because there are no chargers or headphones included.

A picture of the device itself adorns the cover.

Inside is the Galaxy A72 5G, a length of USB-C to USB-C charging cable, a SIM card tray ejector pin and some documentation.

The A73 5G is wrapped in plastic and its metal frame has an easy to miss layer of plastic film as well.

Although the packaging is about the same size as the box for an S series device, Samsung made sure that it feels and looks very different.

Because of its 6.7in Super AMOLED display, the A73 5G can stand toe to toe with the S22 Ultra, size-wise. However, it is much lighter at 181g. Perhaps a bit too light.

The display itself is gorgeous, but it does feel like the processor is holding it back here and there. We will have to test that. It is set under and protected by Corning Gorilla Glass 5.

The frame and the back panel are made of plastic. The frame has a metallic cloudy finish that doesn’t look good

The back panel’s pearlescent white finish, on the other hand, looks better than we expected.

Overall the hand feel of the A73 5G does not reflect its price.

Still, that IP67 water and dust resistance is a nice touch

For every Google app, there is a Samsung App that does the same thing, so like all Samsung phones, there are two of almost every basic app.

On the bright side, it also gives the user entry into the Samsung ecosystem of features, which tend to be better developed than its competitors.

In addition to that, the A73 5G also has Facebook, Spotify, Netflix, Lazada and Twitter right out of the box.

These unwanted apps add to the initial setup and update time of the device.

That said, the initial setup for the A73 5G is standard for a Samsung device, it takes a while for it to be considered fully up and running with no updates in the background.

A Brief Look At Features

Here’s the basic rundown of the Galaxy A73 5G’s other features:

Its cluster of four cameras at the back consists of a 108MP main camera with an f1.8 lens and optical image stabilisation, a 12 MP Ultra-Wide camera, a 5MP Macro camera, and a 5MP depth camera.

On the front side, the selfie camera is a 32MP shooter with an F2.2 aperture.

Despite being the biggest of the three A series devices, the A73 5G shares the same 5000Ah battery.

Looking Forward To The Review

With a price tag of RM2,099, we expect a lot from the A73 5G. In the next few weeks, we will be testing out all the flagship features that Samsung said have trickled down to its mid-range lineup and share with you the highlights.

In the meantime, you can check out the full specifications of the A73 5G and the other two devices in the current A series, in our writeup below. 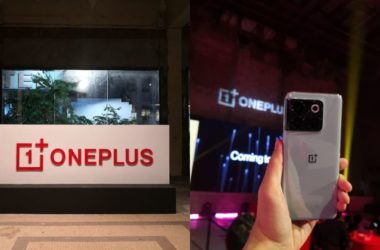 With so many similarly priced smartphones on the market, is this phone worth your time and money? 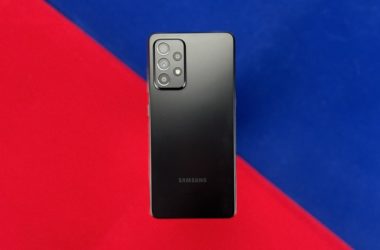 It has more features than most flagships and a winning price tag. 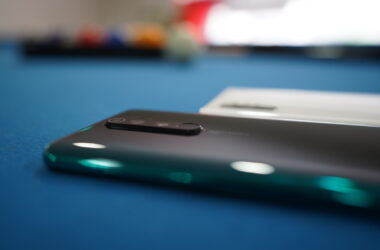