There are two things that we admire the most about Samsung as a company: their ability to face failures head-on while learning from it, and their ability to innovate technology by making products that we never thought we needed.

As consumers, we see it in both its mobile devices and its home appliances.

Just ahead of CES 2022, Samsung announced the Freestyle, a smart projector that is “targeted toward Gen Z and millennials”. It was something that no one saw coming

Recently we got our hands on a pre-launch version of the Freestyle.

Although the packaging is different, the contents should be similar to the one that will be launched in Malaysia next month – we’ll include preorder information at the end of this.

What It Says On The Tin

When we took the Freestyle out of the box it looked like a light fixture or a security camera. It was about the size of a large tin and weighed 830g.

Also included in the box was a USB-C adapter, a USB-C cable, an end cap, and remote control.

The Freestyle itself is unassuming. On one side of the cylinder is the projector lens, touch controls, indicator LED, and what looked like sensors.

To us, there is a logic to why Samsung chose to put the projector touch control where it is instead of on the side, but we will have to test if it is practical in our review, coming soon.

On the other end is a speaker grill, and attachments for the optional battery pack. So not only is the Freestyle meant to be a no-fuss smart projector, but it is also portable.

There are also two bands of venting holes around the Freestyle, one for audio and the other for cooling.

For ports there is a USB-C port for power and a mini HDMI port for source is on the side.

Not What We Expected

We were wrong on both accounts.

When we plugged in and turned it on for the first time the Freestyle boots up with a jingle. It projected a wonky image, then it made sounds like a dot-matrix printer.

When it was done, we got a perfectly focused rectangular image projected on our wall. Somehow Samsung managed to fit the technology to solve the two biggest pain points of using a projector in such a compact appliance.

We’ll definitely test out the capabilities of the auto keystone and focus features in our review.

The interface of the Freestyle is similar to a Samsung TV. Ours were preinstalled with Netflix, Amazon Prime Videos, Apple TV, and YouTube.

Connecting it to wifi, even using the remote was a relatively painless process. There was not much updating to do either. However, at this time, the options of apps are limited.

For example, the remote that we got featured dedicated buttons for Samsung TV Plus, Amazon’s Prime Video, Disney+, and Netflix. However, only Netflix and Prime Video are available at this time.

Things will probably change once it is launched in April.

Browsing through the interface, we found that Freestyle can do more than just stream shows, it could stream music, be used as mood lighting, and you can even plug a game console to it and play on the go.

Expect more details on that in our upcoming review.

If you are interested in the Freestyle, Samsung is accepting pre-orders from now to 31 March.

Those who pre-order will get a set of complementary accessories which includes The Freestyle Case (Dark Green) and The Freestyle Skin (Forest Green) which together is worth up to RM498.

On top of that, you will also receive a Samsung Online e-voucher worth RM998 to redeem The Freestyle Battery Pack worth RM999.

The Freestyle retails for RM4,999.

Apple Original Films In 2022 & Beyond 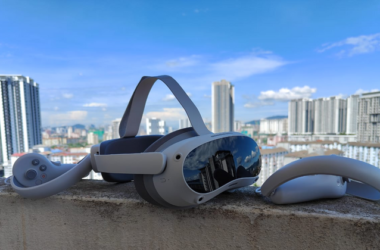 Is The PICO 4 The Future Of VR? [Review]

The PICO 4 has great specs, but the software still needs some improvements. 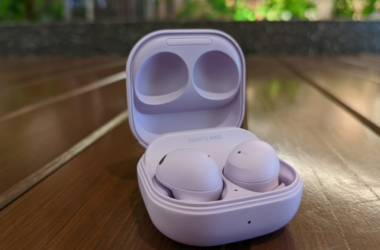 This is the best Samsung wireless earbud for Galaxy owners, but for everyone else, there are better choices. 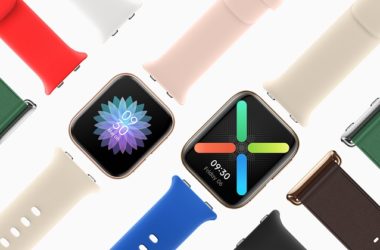 From its packaging to its design and interface, the OPPO Watch pays “homage” to Apple Watch. But somehow…