Acer announces a new lineup of gaming-oriented laptops, desktops, monitors and
LED projector at the ‘It Lies Within’ roadshow at Sunway Pyramid.

The highlights of the show are the new Predator Helios 300 and Nitro 5 gaming laptops. Both of them got a redesigned chassis and are equipped with up to 12th Gen Intel Core i7 processor and a powerful Nvidia GeForce RTX mobile GPU. For blazingly fast connectivity, the laptops support WiFi 6E and Killer DoubleShot Pro (E2600+1675i).

Nitro 5 storage can be expanded until 1 TB PCIe Gen4 NVMe SSD with additional 2.5” SATA slot and Predator Helios 300 can support up to 2 TB.

The Predator Helios 300 has dual 5th Gen AeroBlade 3D fans with liquid metal thermal grease that keep the laptop cool and stable under load. The Nitro 5 keeps itself cool with dual-fan cooling with air intake from both the chassis’ top and bottom and four exhaust ports.

If you are looking for something a lot more powerful and don’t need the portability of a laptop, you have come to the right place. Acer Predator Orion 3000 and Nitro 50 pack a lot of power in a small package.

The most powerful of the lineup, Predator Orion 3000 is powered by up to 12th Gen Intel Core i7 processor, an NVIDIA GeForce RTX 3070 GPU, and up to 16 GB DDR4 RAM, you are looking at a beast of a machine that can run the latest and greatest games with ease.

The Nitro 50 has up to NVIDIA GeForce GTX 1660 SUPER, 8 GB of RAM, and 512 GB of quick SSD storage, this desktop is plenty powerful for e-sports titles.

The monitor comes with a Delta E<2 rating and 90% coverage of the DCI-P3 wide colour gamut and VESA DisplayHDR 1000 certification and peak 1,000 nits brightness that promises astonishing life-like and impressive HDR experiences.

It boasts two HDMI 2.1 connections that work with the latest gaming consoles and enable 4K 144Hz with VRR with just one cable. When setting up numerous PCs and gadgets, the USB hub’s built-in KVM switch and USB 2.0 and USB 3.0 ports make setup easier. Its USB Type-C port also supports PD30W, making it possible to charge a mobile device through this port.

You can also make the monitor as colourful as the rainbow with the RGB light strips that sync to whatever you are doing on the monitor. It also has Acer ColorSense and Acer LightSense. They use sensors to determine the temperature and brightness of the surrounding environment and modify the screen’s settings accordingly. When gamers are nearby, Acer ProxiSense automatically turns on the monitor; otherwise, it dims the display.

The second biggest monitor in the lineup is Predator X38 S. It has UWQHD+ (3840×1600) Agile-Splendor IPS display, and it is equipped with a 37.5-inch 2300R curved display with Delta E<2 and up to 98% DCI-P3 wide colour gamut. The display is also VESA DisplayHDR 600 certified, which means you are getting great HDR from the games and movies that support it.

The display is NVIDIA G-SYNC ULTIMATE certified and it is overclockable up to 175Hz refresh rate, with a response time low as 0.3 ms, guaranteeing the lowest input latency possible.

Predator X38 S also supports NVIDIA G-SYNC Esports Mode and it is intended for competitive gaming and offers the lowest latency while enhancing visibility in low-light conditions and for those who are concerned about the input latency, NVIDIA Reflex Latency Analyzer is capable of detecting mouse clicks and then measures the time it takes for the resulting pixels to change on the screen.

The Predator GD711 Gaming Projector is the most unexpected element of the presentation. This is a smart 4K LED gaming projector that you can use with your PC or PS5/Xbox Series consoles. It also has Bluetooth, so you can pair it with your smartphones as well.

It can project up to 4K resolution and up to 240Hz refresh rate, with coverage of 125% of Rec 709 wide colour gamut and 4,000 LED lumens of brightness and HDR10 support for excellent HDR viewing experiences.

A 10W speaker and an antimicrobial-coated remote control are also included and it has superb airflow effectively expelling heat, resulting in a long lifespan of 30,000 hours.

You can get all these products at Acer eStore, Acer’s official store on Shopee and Lazada as well as authorized Predator partners and they are available right now.

If you buy any of these products at Acer’s ‘It Lies Within’ roadshow, you can get discounts up to RM300. They are also offering discounts for keyboards and gaming mice and flash sales on many other products.

But wait, that’s not all. Buying any of these products at the roadshow and you can get free gifts worth up to RM833.

So if you want to get the best discounts and free gifts, head over to the Acer ‘It Lies Within’ roadshow at Sunway Pyramid, Blue Atrium. The roadshow will only last from 29 June until 3 July 2022. 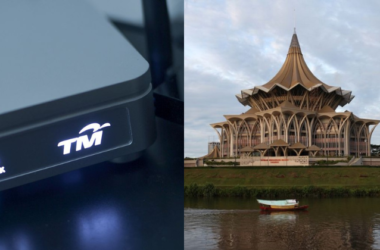 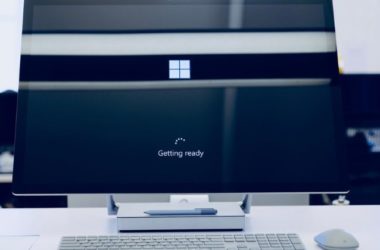 The update comes with a few improvements such as Start menu folders, audio live captions, new gestures, and more.