Faiz Alavi
Our first look at Samsung’s third attempt at making a smartphone that transforms into a tablet.
Image by Samsung
Total
1
Shares
1
0
0
0
0

The Samsung Galaxy Z Fold3 5G is the third iteration of Samsung’s flagship foldable and it is a marvel in smartphone technology.

What Is In The Box

Like most flagship phones there are no adapters in the box, but the Fold3 is compatible with almost any USB-3 type charger though charging time may vary because of that.

The price of an official Samsung adapter starts at RM79.

It also does not come with an S Pen that would make the Fold3 a successor to now retired Galaxy Note series, the same series that popularised large displays and brought back the stylus.

However, Samsung does sell a Galaxy Z Note Package which includes an S-pen fold edition, a cover that can also hold the S-pen, and a charging adapter for RM369.90.

Out Of The Box & In The Hands

The Fold3 has a reassuring weight that says quality and when combined with its lightweight Armor Aluminum frame, the whole package feels robust.

It takes two hands to open the hinges. It’s tight enough to hold the two halves of the Fold3 at any angle but not loose enough that it would flop around. And it closes with a satisfying snap.

On the outside is a skinny cover screen that is slightly thinner than your standard playing card but is almost as tall as a large screen Android smartphone. Perfect for scrolling and browsing content.

Unfold it and you get a large, almost square display designed for media consumption and creation.

Some games can take full advantage of the extra space, but videos are usually not square and social media feeds tend to be better on vertically tall screens.

The model that we got is in Phantom Black, a neutral professional colour that matches with everything. But the Fold3 also comes in Phantom Green and Phantom Silver.

Samsung did not skimp on the cameras on the Fold3. There are five of them in all: one selfie cover camera, one under-display camera (when unfolded), and a rear triple-camera array, each with its own specialty.

We are going to put these cameras, and everything else that the Samsung Galaxy Z Fold3 has to offer, in our upcoming review so look out for it soon, right here on TRPTech. 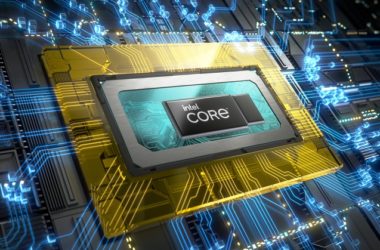 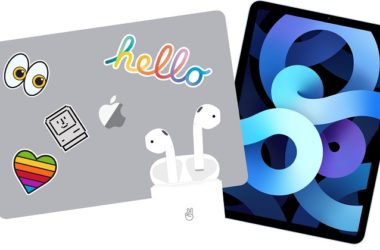 Buy An Eligible Mac Or iPad For School, & Get AirPods For Free

Apple’s Back to School offers are available now until 7 March. 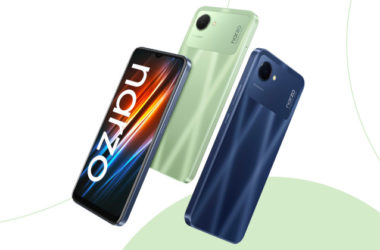 In addition Realme will also hold a sale on Lazada on the day of the launch for it and other devices.