Mac Studio is powered by M1 Max and the new M1 Ultra, the world’s most powerful chip for a personal computer according to Apple.

It is the first computer to deliver performance with an extensive array of connectivity, and new capabilities in a compact design that sits within arm’s reach on the desk.

Studio Display, the complement to Mac Studio, also pairs with any Mac.

It features a 27-inch 5K Retina display, a 12MP Ultra-Wide camera with Centre Stage, and a high-fidelity six-speaker sound system with spatial audio.

Together, Mac Studio and Studio Display can transform any workspace into a creative powerhouse. They join Apple’s strongest, most powerful Mac lineup ever, and are coming soon.

The Mac Studio is built from a single aluminium extrusion with a square footprint of 19.7cm and a height of 9.5 cm.

It also features an innovative thermal design. The unique system of double-sided blowers, precisely placed airflow channels, and over 4,000 perforations on the back and bottom of the enclosure guide air through the internal components and help cool the high-performance chips.

Because of the efficiency of Apple silicon, Mac Studio remains quiet, even under the heaviest workloads.

Powered by either M1 Max or M1 Ultra, Mac Studio delivers CPU and GPU performance with more unified memory than any other Mac, and new capabilities that Apple claims no other desktop can achieve.

Mac Studio with M1 Ultra can play back 18 streams of 8K ProRes 422 video, which no other computer in the world can do.

The SSD in Mac Studio delivers up to 7.4GB/s of performance and a capacity of up to 8TB, allowing users to work on massive projects with incredible speed and performance.

On the back, Mac Studio has four Thunderbolt 4 ports, a 10Gb Ethernet port, two USB-A ports, an HDMI port, and a pro audio jack for high-impedance headphones or external amplified speakers.

There is also an SD card slot.

The Mac Studio can support up to four Pro Display XDRs, plus a 4K TV — driving nearly 90 million pixels.

Studio Display brings narrow borders and an all-aluminium in a slim profile. Its built-in stand allows the user to tilt the display up to 30 degrees.

It also offers a tilt- and height-adjustable stand option with a counterbalancing arm that makes the display feel weightless as it is adjusted.

A VESA mount adapter option is also available, and it supports landscape or portrait orientation.

Studio Display features a 27in 5K Retina screen with over 14.7 million pixels. With 600 nits of brightness, P3 wide colour, and support for over one billion colours.

Studio Display features the A13 Bionic chip as the brains of its advanced camera and audio system.

It includes a 12MP Ultra-Wide camera with Centre Stage, a feature that automatically keeps users centred in the frame as they move around for even more engaging video calls.

The speakers also support spatial audio for music and video with Dolby Atmos.

Studio Display has three USB-C ports that deliver speeds up to 10Gb/s.

A Thunderbolt port enables users to connect Studio Display and any connected peripherals to their Mac with a single cable.

The same cable also delivers 96W of power to a Mac notebook, allowing Studio Display to even fast-charge a 14-inch MacBook Pro.

Up to three Studio Displays can be connected to MacBook Pro.

To complement the design of Studio Display, there’s a new silver-and-black colour option for Magic Keyboard with Touch ID, Magic Trackpad, and Magic Mouse that customers can purchase separately.

The iPad Air Got A Major Upgrade. Coming Soon. Starting At RM2,699 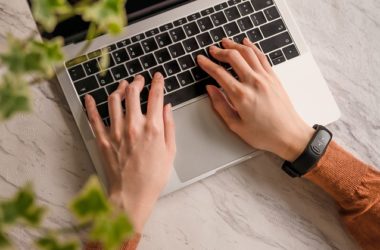 For those who are looking for a simpler fitness tracker solution. 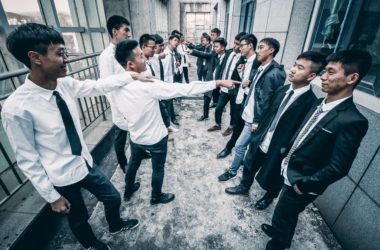 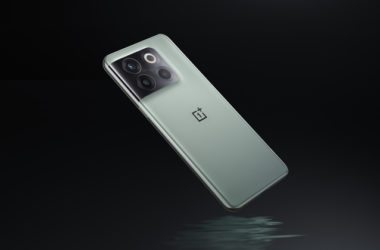 OnePlus Is Bringing An Affordable Flagship Level Phone, The OnePlus 10T 5G To Our Shores Soon

The OnePlus 10T 5G will be available starting next month and the price will be announced on 18 August.